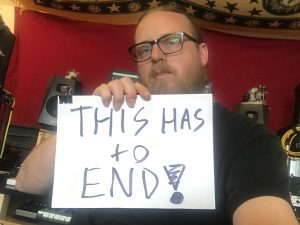 This week Jethro Explains why “This Has To End……

Check them out here https://www.facebook.com/confydemusic