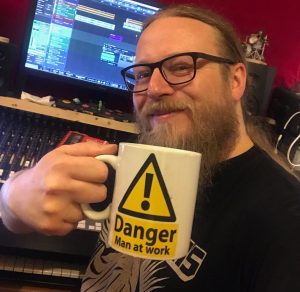 and the Artist AKA

This week the tables turn, as Jim and Josh chat with Jethro! Yes they grill him with questions as when working out what to do for the 100th episode, Jim said “well there has not been one guest on yet! YOU!” (Jethro) So we got talking about what it is like running the podcast, with getting into Jethro’s music tastes and what got him started in music and the alt scene. They also got talking about Jethro’s music project Negatory Effect!!

Can You Feel It (Feat. Elisha Martin)

Check them out here https://www.facebook.com/justinlarnerguitarist

Check them out here https://www.youtube.com/channel/UCK3vsg94YpOWu-ct2qeW1QA

The Third band was