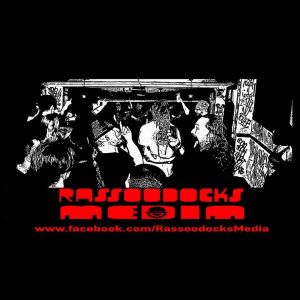 This week Jethro Talks with Tom from Rassoodocks Media, you will have heard about Tom on the podcast before. As Rassoodocks Media recorded NRC-050 First Audience attended Podcast! and the three bands that followed! We not only got chatting about Rassoodocks Media but we got into all the extents of the video media industry and so much more…

Check them out here https://www.facebook.com/direthorns

Check them out here https://www.facebook.com/thelastelement.net