NRC-094 Glitchers Gigging on the Streets 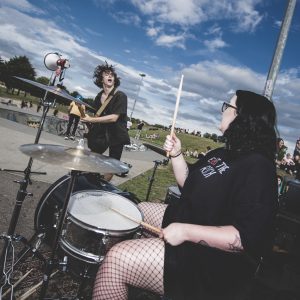 Gigging on the Streets

This week Jethro talks with a band not from Nottingham! Glitchers! and that is because as much as we are all missing live gigs right now, well Glitchers have found a way around it!!!! Bloody YES! So we get talking to them about this and about what makes them produce the music they do! Also we got chatting about the live scene before Covid and what it could be after.

To find all links for the band – https://linktr.ee/Glitchersband?fbclid=IwAR3wsWFHElEAIXVwA2A9XG7xqE2Z56YwQbWx0OmD5bfzpWGZhHkAZSKA1QA

Check them out here https://www.facebook.com/DeadDemons2020

Check them out here https://www.facebook.com/glitchersband